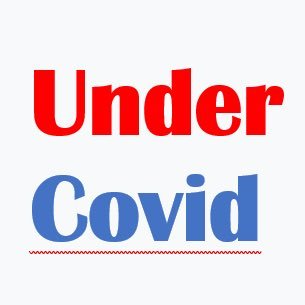 On 24th August, Deputy Chief Medical Officer Dr Jenny Harries said the risk of your child dying in a road accident “is probably higher than their risk from Covid”.

Especially if Dominic Cummings is behind the wheel!

It’s extraordinary that the same government scientists who got it wrong on lockdown, testing, screening, and more are still in charge.

On 26th March Harries said community testing is “not an appropriate mechanism”.

Then on 5th May, Harries changed her story.

Appearing before the Department of Health and Social Care Select Committee, Harries told Jeremy Hunt the government had abandoned test, track and trace strategy due to lack of capacity.

But the government had claimed otherwise for 6 weeks.

The next day Keir Starmer asked the Prime Minister if he could explain why the UK had been lied to about the real reason for abandoning contact tracing on 12th March.

When Chris Whitty announced the decision to “pivot” away from community testing on 12th March, experts made it clear that this was the 100% wrong thing to do.

But these voices were largely ignored.

Only a handful of journalists, like Piers Morgan, spoke out.

In a carefully choreographed interview with Boris Johnson on 11th March, Harries said public outdoor events are safe and that “we don’t want to disrupt people’s lives”.

Going against the scientific consensus, the UK took a different path.

Boris Johnson told Sky News, “what [the scientists] are telling me is, slightly counter intuitively, things like closing schools and stopping big gatherings don’t work as well as perhaps as people think”.

On 14th April, Jenny Harries described the UK’s approach to the coronavirus pandemic as “an international exemplar” of preparedness.

The UK was woefully underprepared despite the warnings from international scientists, intelligence reports, and our own Exercise Cygnus.

On 14th May, Jenny Harries was asked why the government had stopped sharing international Covid-19 death statistic tables.

Was it because the UK had the worst death rate in the entire world?

So, an appeal to journalists:

Next time Jenny Harries and government ministers draw comparisons between the danger of kids going to school and traffic accidents, please point this quote, and refer to our safe school guide – developed with experts and based on recent research.

The key words: "asymptomatic" and "themselves".

Everything that Jenny Harries says is true. But she fails to answer the question: “is it currently safe to open schools?”

Instead she answers the question “are our children at risk from dying of Covid-18?”

Acknowledging asymptomatic infection shows she is aware of the danger.

This sleight of hand and spin by the government and their scientists is happening every day.

Why didn’t journalist say: “But I’m not talking about the threat to the child. Science shows asymptomatic children have the same viral load as adult cases.”?

The government must be asked how they are “following the science” when the science clearly shows “the viral loads of these hospitalised patients are significantly lower than a ‘healthy child’ who is walking around with a high Covid-19 load”.

One of the most moving things I’ve ever witnessed over lockdown has been the way in which children have been so strict with social distancing rules.

For a child to think that they might be responsible for the death of a parent or grandparent is a burden too huge for their young shoulders.

With Parliament in recess, SAGE sidelined in favour of the secretive Joint Biosecurity Centre and journalists given very little opportunity to ask the vital questions, these is zero transparency or accountability.

It’s something to add to the growing list for the 2022 Public Inquiry.

The Under Covid Safe School Guide - including a sample letter for concerned parents to send to schools.